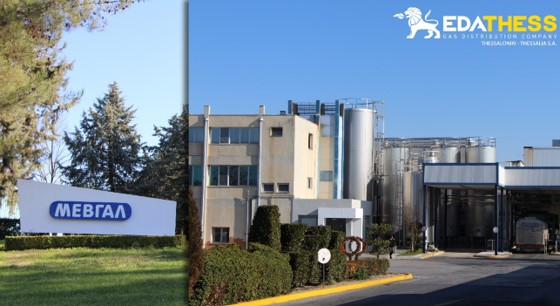 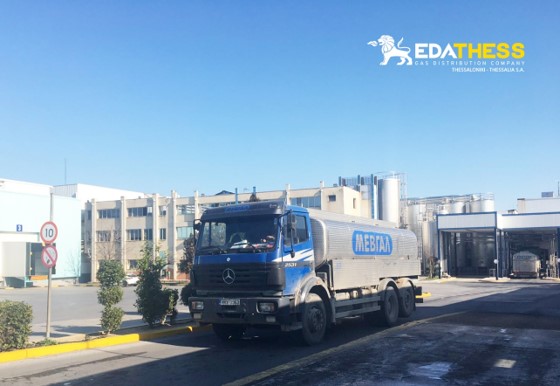 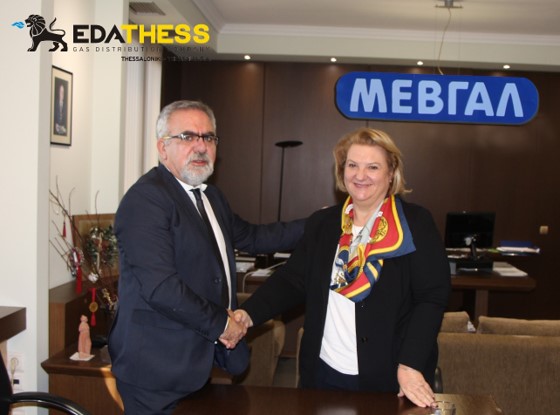 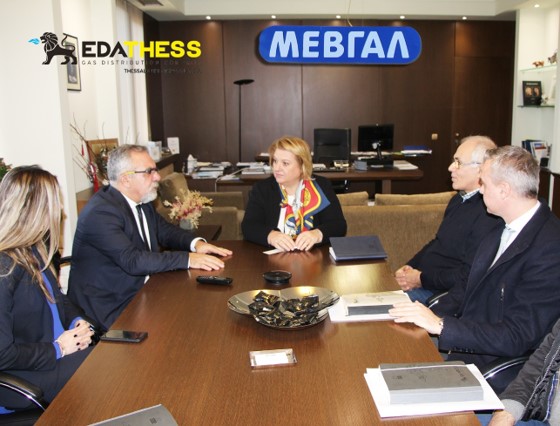 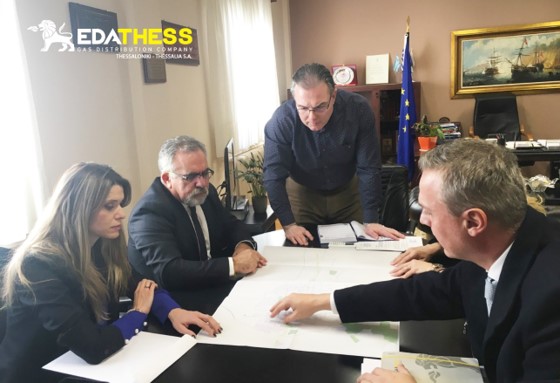 The General Manager of EDA THESS, Mr. Leonidas Bakouras and Company executives visited the dairy plant of “MEVGAL S.A.” in Koufalia, Thessaloniki, where they were welcomed by the Vice – President & C.E.O, Mrs. Maria Chatzakou and her associates.

The production unit of MEVGAL successfully combines modern technology with tradition, having 70 years of presence in the Greek market. It is the largest dairy industry in Northern Greece employing 620 people, with thousands of points of sale in Greece, and operating in more than 30 countries.

As part of the meeting, the connection contract for the facilities’ integration to the gas distribution network was signed. Initially, the supply of the industry is scheduled for April 2020, which will cover a significant part of the daily needs of the production activity and gradually will meet the demands in total, that exceed ~3.000.000 Nm3 annually.

In Europe, energy consumption data by the food industry, demonstrate a strong preference for the use of Natural Gas in their production chain. This high percentage of use of the specific energy source, results in the reduction of their carbon footprint and energy intensity overall.

Mr. Bakouras stressed that the further penetration of natural gas especially for industrial use, contributes to the achievement of the country’s target of the reduction by 55% of pollutants by 2030, as required by the new National Plan for the Energy and Climate.

For her part, Mrs Chatzakou expressed her strong satisfaction with the connection of the infrastructure with the gas network, as it was something long awaited. She also mentioned that the use of natural gas will have a direct impact in the company`s competitiveness, flexibility and finance, while at the same time will contribute in the reduction of environmental footprint.

Both parties welcomed this co-operation as it will bring multiple economic and environmental benefits not only to the industry but to the wider region as well.

Meeting was held between the General Manager of EDA THESS, Mr. Leonidas Bakouras and his executives with the Mayor of Chalkidonos, Mr. Stavros Anagnostopoulos and the Vice Mayor of Administration - Economics, Social Welfare and Education, Mrs. Maria Kostopoulou.

During the meeting, the General Manager briefed on the progress of the supply network works in the area, as well as on the Development Plan, which envisages a total investment of ~ 1.5 million € by 2023 for the construction of the network and for new connections in the municipality. He also noticed the consumers` high demand, with more than 1,000 applications submitted, while estimating that by the end of 2023, over 50% of the region's population will use natural gas. Municipality is also expected to modify the internal installations of 10 Municipal Buildings of the city to complete activation, as EDA THESS has already installed the meters.

Mayor Mr. Stavros Anagnostopoulos after being informed about the course of the gas penetration in the municipality, pointed out the keen interest of the citizens for their transition to the use of natural gas. He acknowledged the excellent cooperation that has been developed and maintained between the municipal authority and EDA THESS and also, the Company`s Corporate Social Responsibility actions that support municipality's work.