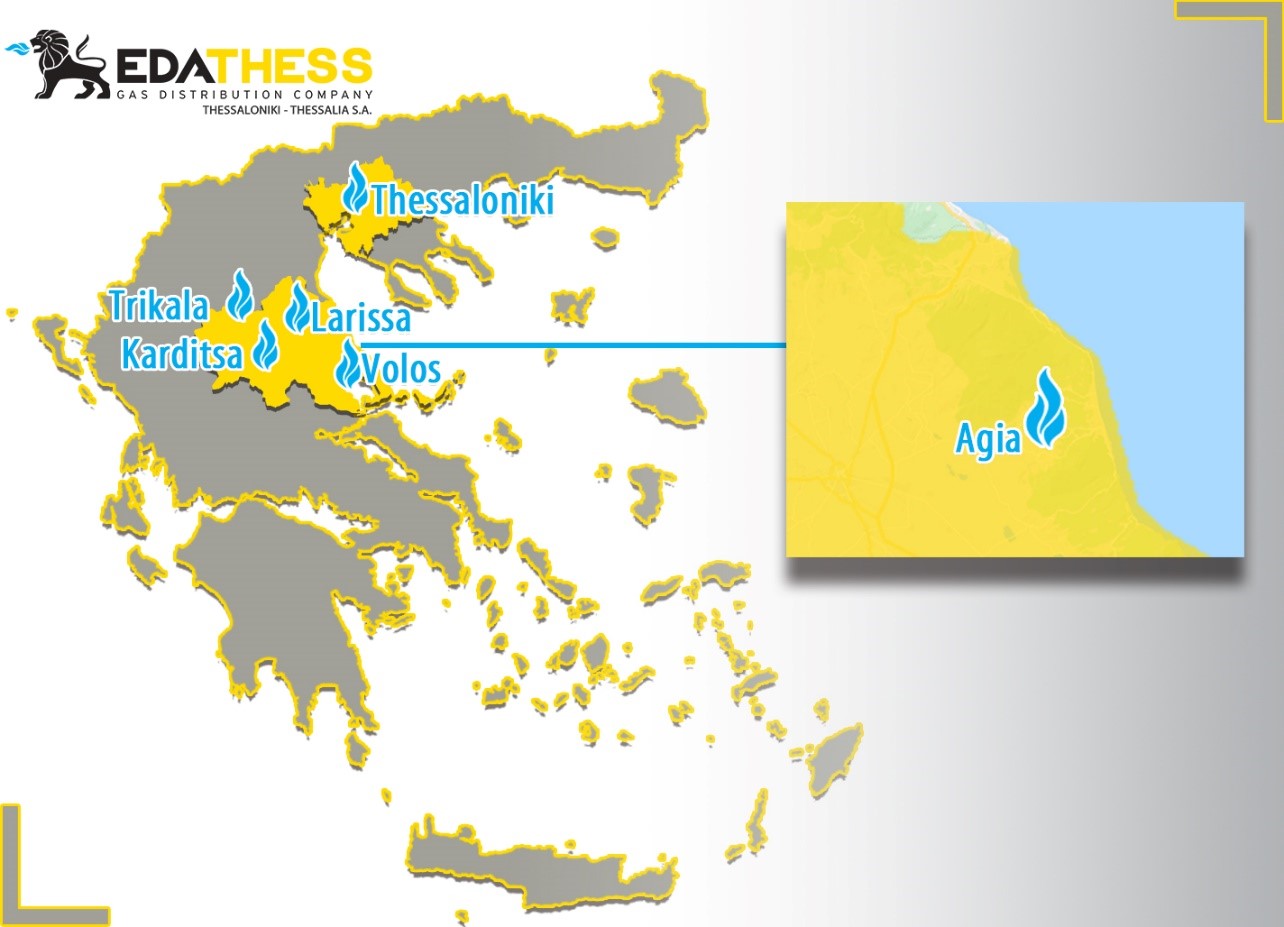 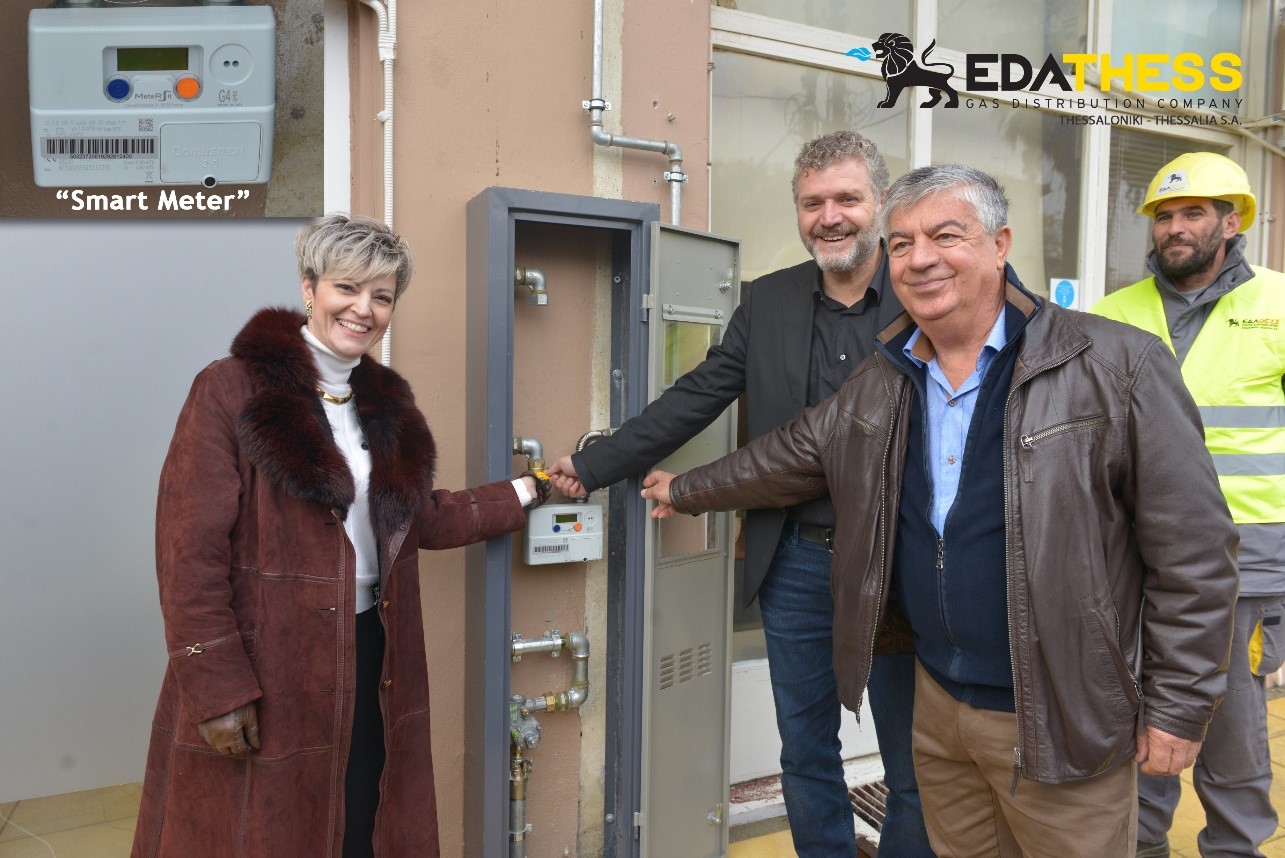 Another region is included as part of EDA THESS’ distribution network, which is fully harmonized with its planning to supply new areas within the current year. On the occasion of the extension of the network to Agia of the Prefecture of Larissa, a ceremony was held, during which the Mayor of Agia, Mr. A. Goudaras, the General Manager of EDA THESS, Mr. L. Bakouras, gave speeches in the presence of the representatives of the local government and the Company's personnel.

In his speech, the General Manager stated that EDA THESS, thanks to its dynamics, has managed to connect the remote areas with the distribution network. By taking initiatives to implement innovative technologies in line with the high technology available to the Company, it has helped to eliminate energy isolation by supplying remote areas using CNG.>He stressed that, EDA THESS is investing in innovative technologies aiming at its transition to digital transformation and with ultimate goal of optimizing the services provided to the consumer and further expanding the country's energy mix.

Finally, Mr. Bakouras announced that "smart meters" will be installed in all the remote areas of the License. As the General Manager stated, "today smart meters were installed making "smart " the gas network in the city of Agia. Smart meters bring a new metering philosophy to the traditional system ... ". He went on to say that, “… they contribute to the achievement of the goals of both the Distribution Network Operator and the End-Customer, such as reducing the operating costs for the related activities, improving metering, conscious gas use, remote security intervention and more effective monitoring of all gas network incidents.

It is worth noting that smart meters are safe, as they adhere to all European standards and offer benefits to the consumers such as accurate consumption recording and therefore tariffing by the suppliers, remote metering without the consumer having to give the indication, but also the proper energy management.

The Mayor of Agia thanked EDA THESS for the cooperation and welcomed the timely construction of works and the immediate restoration of the road network of the municipality. At the same time, he praised the Corporate Social Responsibility actions undertaken by the Company, as in the context of the supply of the area, it donated products to the Agricultural Cooperative of the Municipality of Agia and fully financed the conversion of the internal installment of the 2nd Nursery School of Agia for its connection to the gas network.

The planning for the supply of EDA THESS’ new areas with natural gas will be completed within the week with the integration of Sofades in Karditsa Prefecture of the Region of Thessaly into the Company’s distribution network.