The supply of Ag. Triada, Municipality of Thermaikos in the Prefecture of Thessaloniki with a positive effect to the society 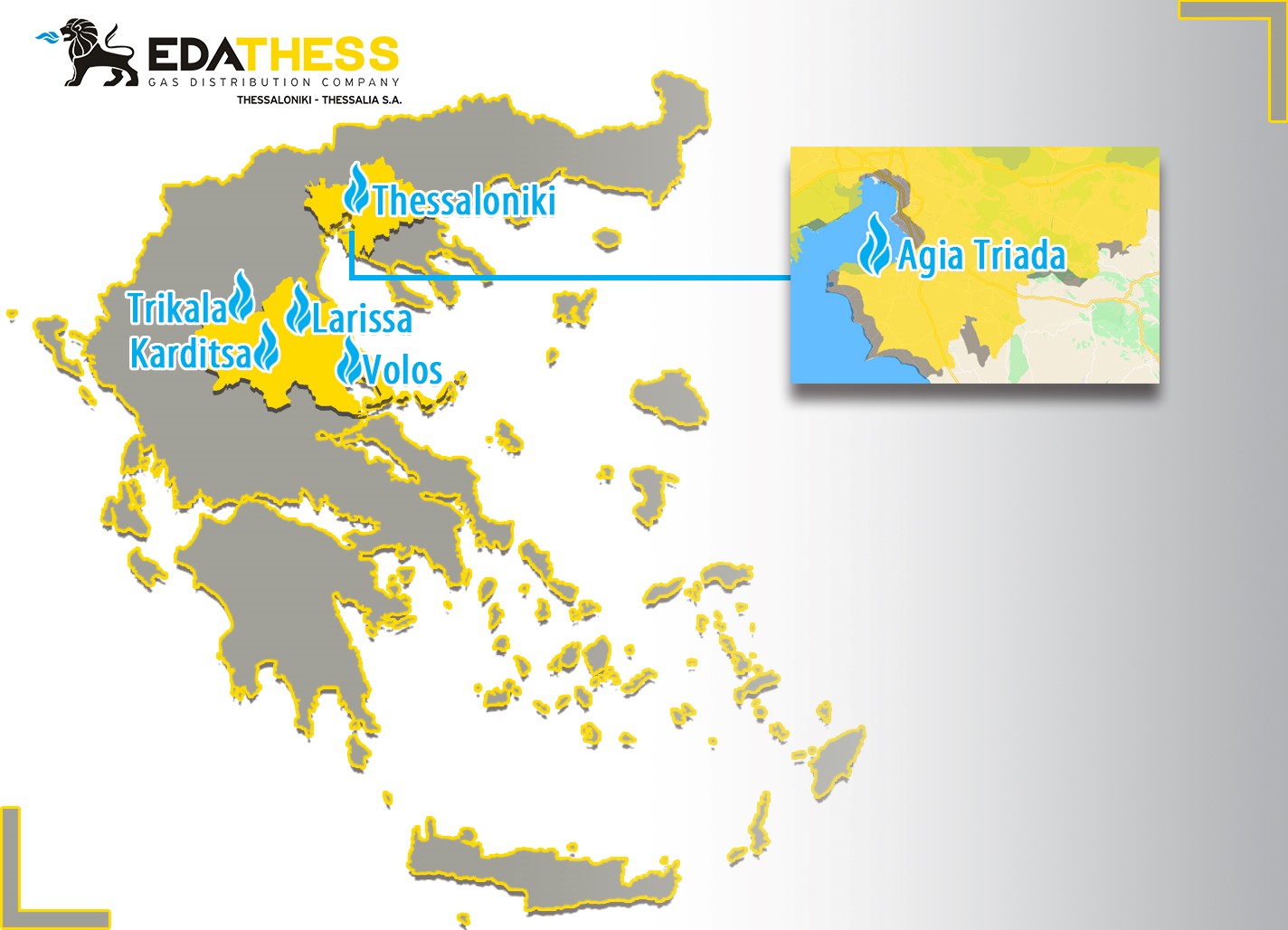 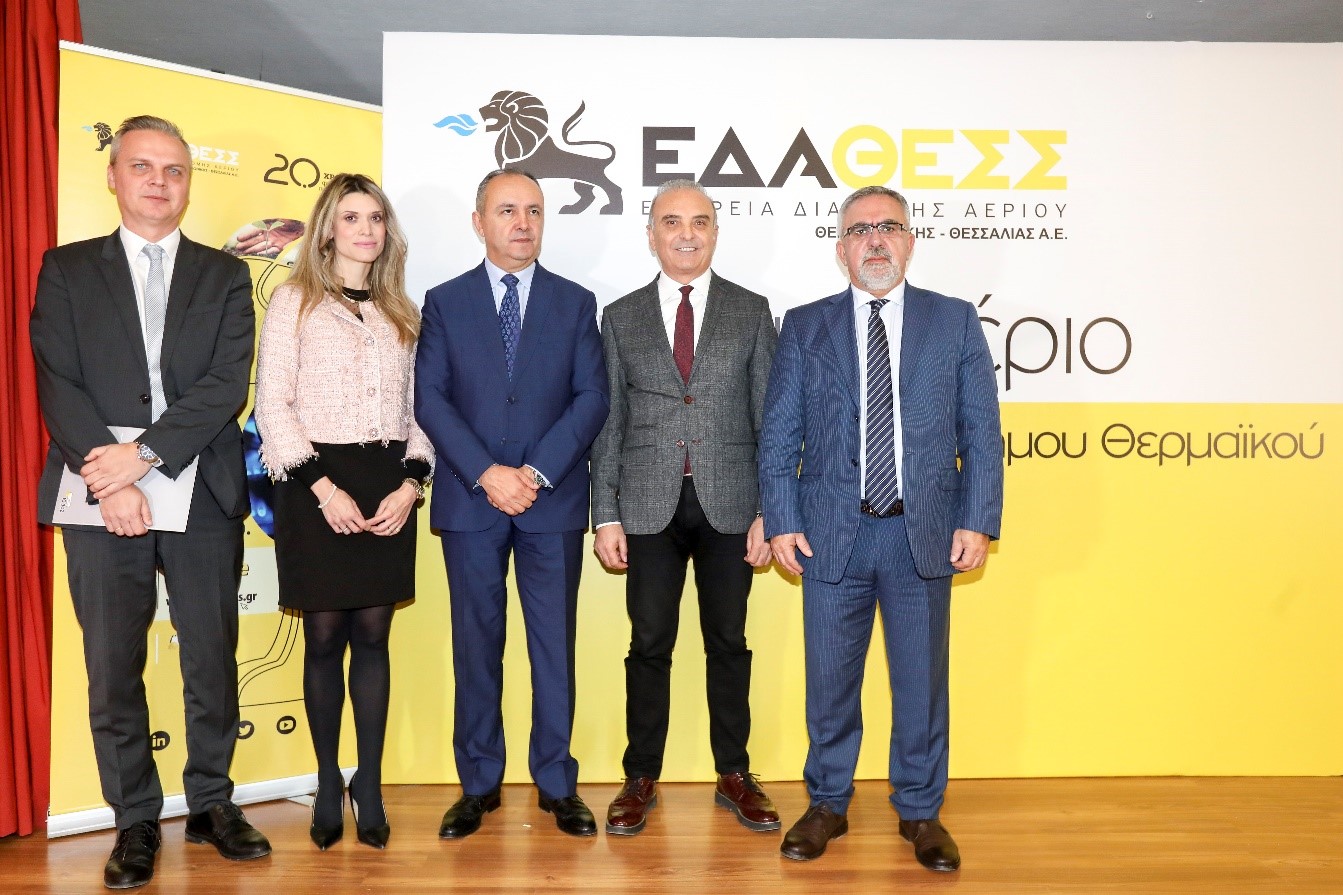 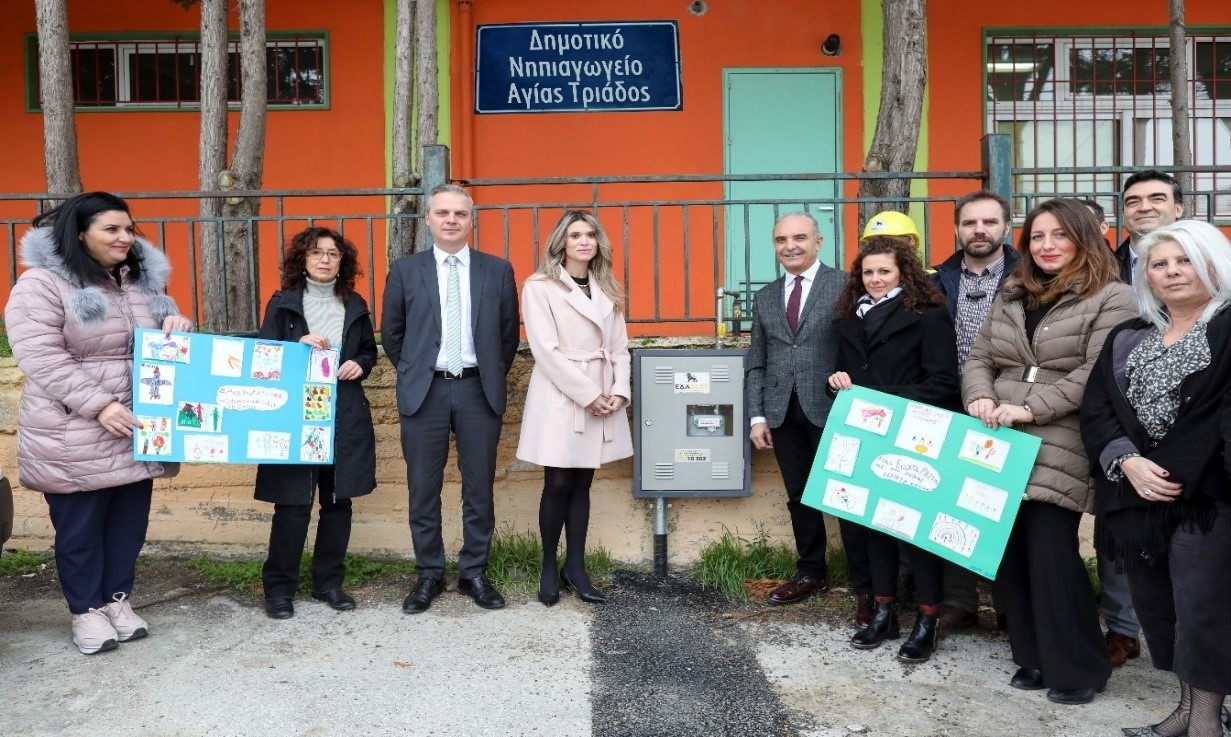 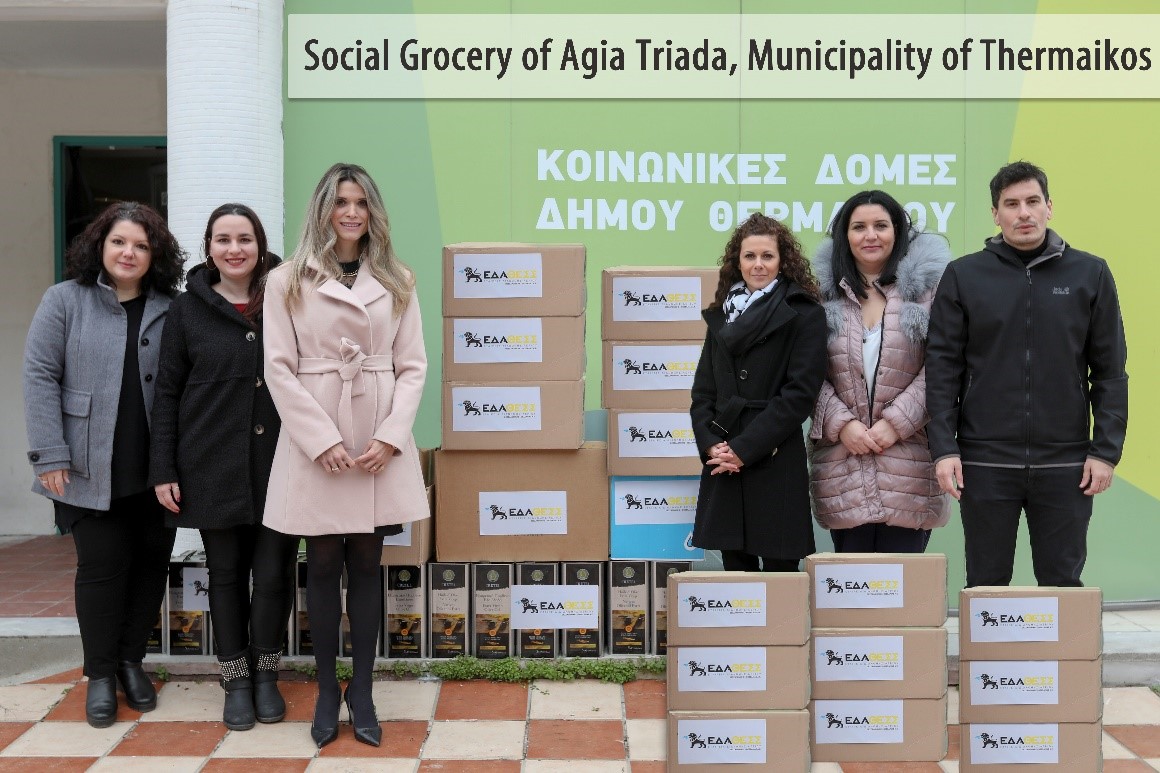 Ag. Triada of the Municipality of Thermaikos was also included in EDA THESS’ natural gas distribution network, confirming once again the consistency to the approved Development Program 2019 – 2023 and to the schedule for the supply of new areas with natural gas.

On the occasion of the network’s expansion to Ag. Triada, a ceremony was held and welcomed by the Minister of Macedonia – Thrace, Mr. Th. Karaoglou, the Mayor of Thermaikos, Mr. G. Tsamaslis, the General Manager of EDA THESS, Mr. L. Bakouras, the Manager of Corporate Affairs, Mrs. K. Stachtari and the Manager of Network Development and New Connections, Mr. M. Stergiopoulos.

As stated by Mr. Bakouras, the Company operates by focusing on the network’s safety and with key pillars the consistency to its programming, dedication to objectives and orientation to its strategic planning. Mr. Bakouras made a special reference to EDA THESS’ contribution to the country’s goal of reducing air pollution by 55% by 2030. He added that, the Company thanks to its potentials, has managed to connect remote area to the distribution network by evaluating requests based on the capacity of each area and the technical feasibility of the networks’ construction.

The Minister of Macedonia – Thrace, Mr. Karaoglou, praised the Company’s creative work, as it has expanded the natural gas network in most of Thessaloniki Prefecture within the areas of its License. He mentioned his personal experience of the natural gas use, describing it as the most economical energy resource that contributes to improving the citizens’ daily life.

In his speech, the Mayor of Thermaikos, Mr. Tsamaslis, thanked EDA THESS for the cooperation and referred to the initiative of the municipal authority to be the first to program the inclusion of the municipal buildings to the natural gas network, giving thus the example for citizens to join the network. Finally, he congratulated the Company for its successful course, which he personally has been following since its establishment and praised its initiative of its Corporate Social Responsibility actions.

The Manager of Corporate Affairs, Mrs. Stachtari, analyzed EDA THESS’ philosophy in taking Corporate Social Responsibility actions, emphasizing the Company’s continuous commitment towards society and the people. In this context, EDA THESS prior to the inauguration ceremony donated products to the Social Grocery of Ag. Triada and financed the conversion of the local Nursery’s indoor installation in order to join the natural gas network, as a minimum contribution to the local community.

Concluding the event, the Manager of Network Development and New Connections, Mr. Stergiopoulos, mentioned that by the end of 2019 investments will exceed € 25 million for the construction of a modern network of 100km. while the connection contracts will amount to 25,000. More specifically for the Municipality of Thermaikos, he stressed that by the end of 2023 a network of 24 km is planned to be constructed, an investment of € 5,6million.