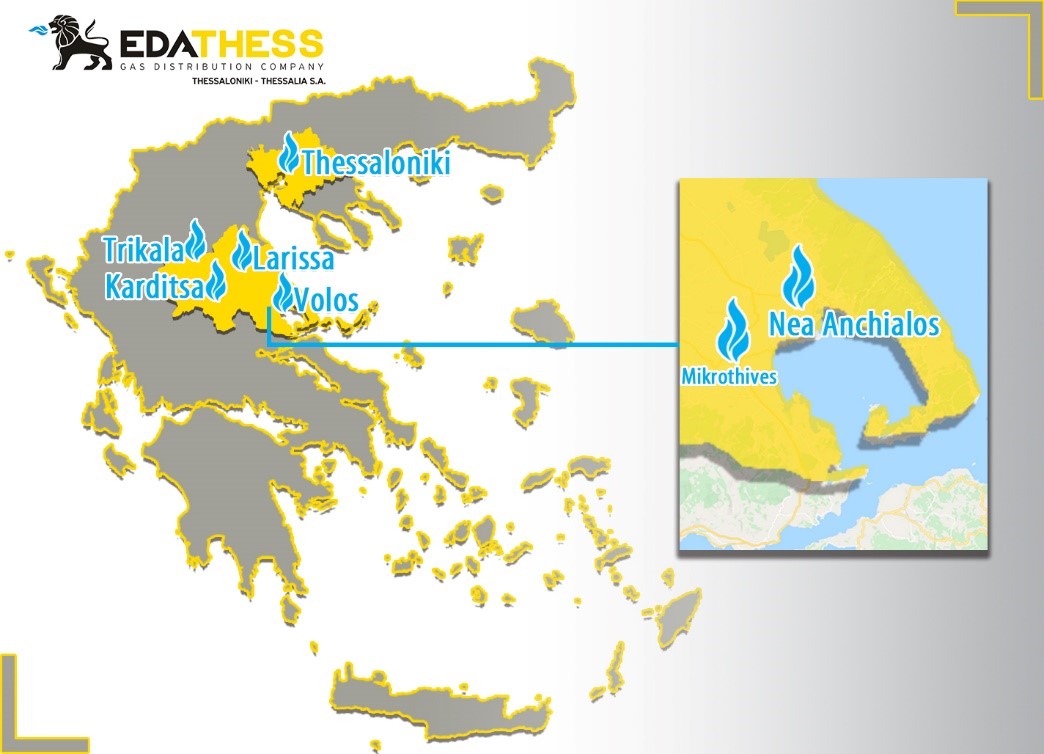 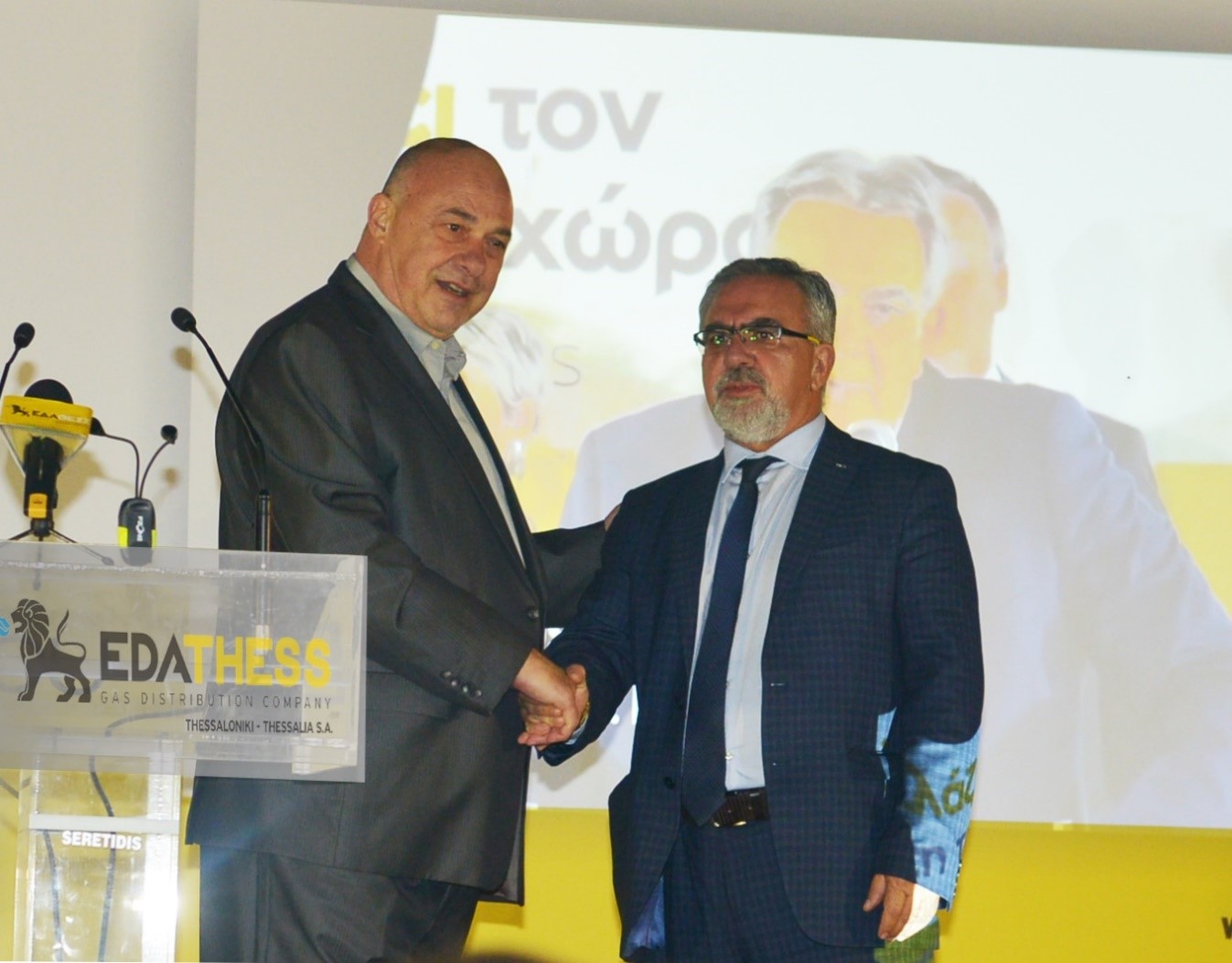 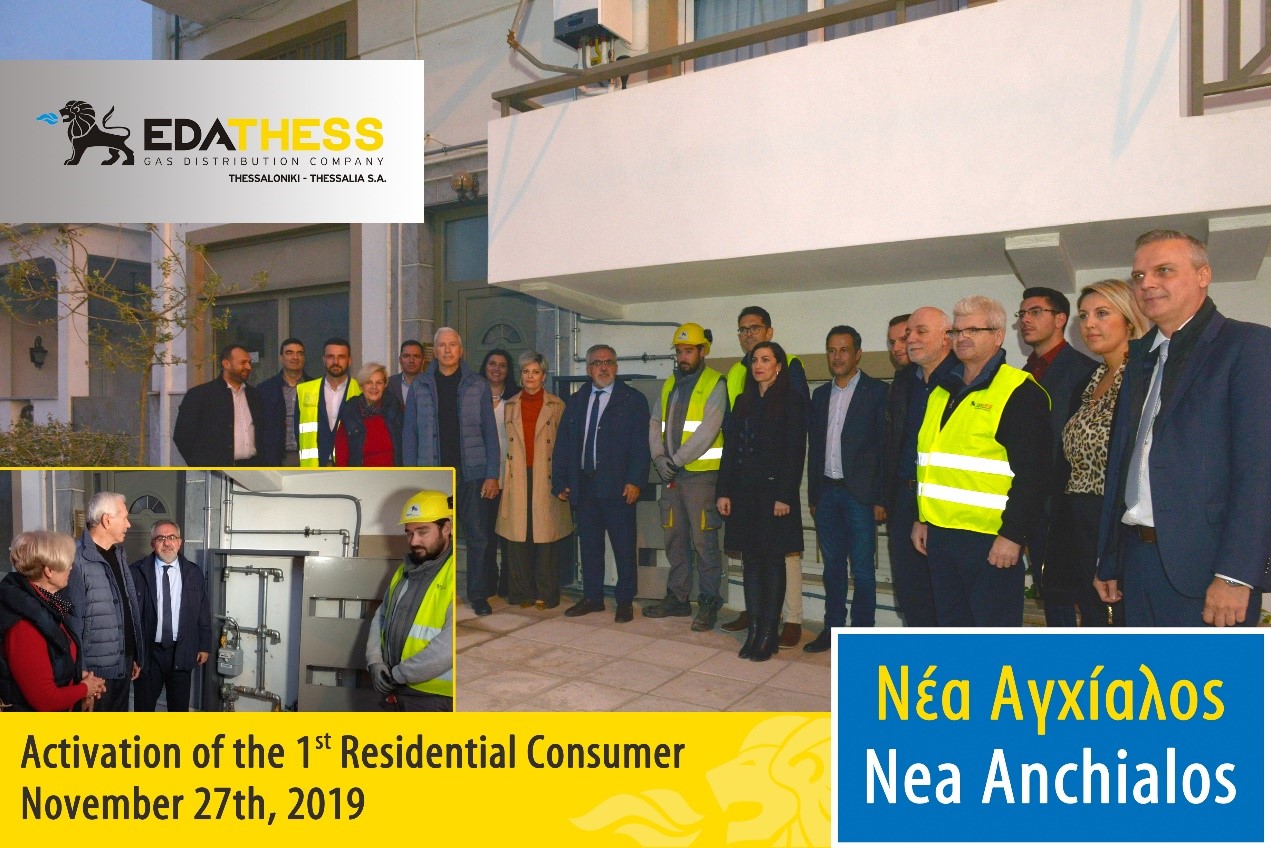 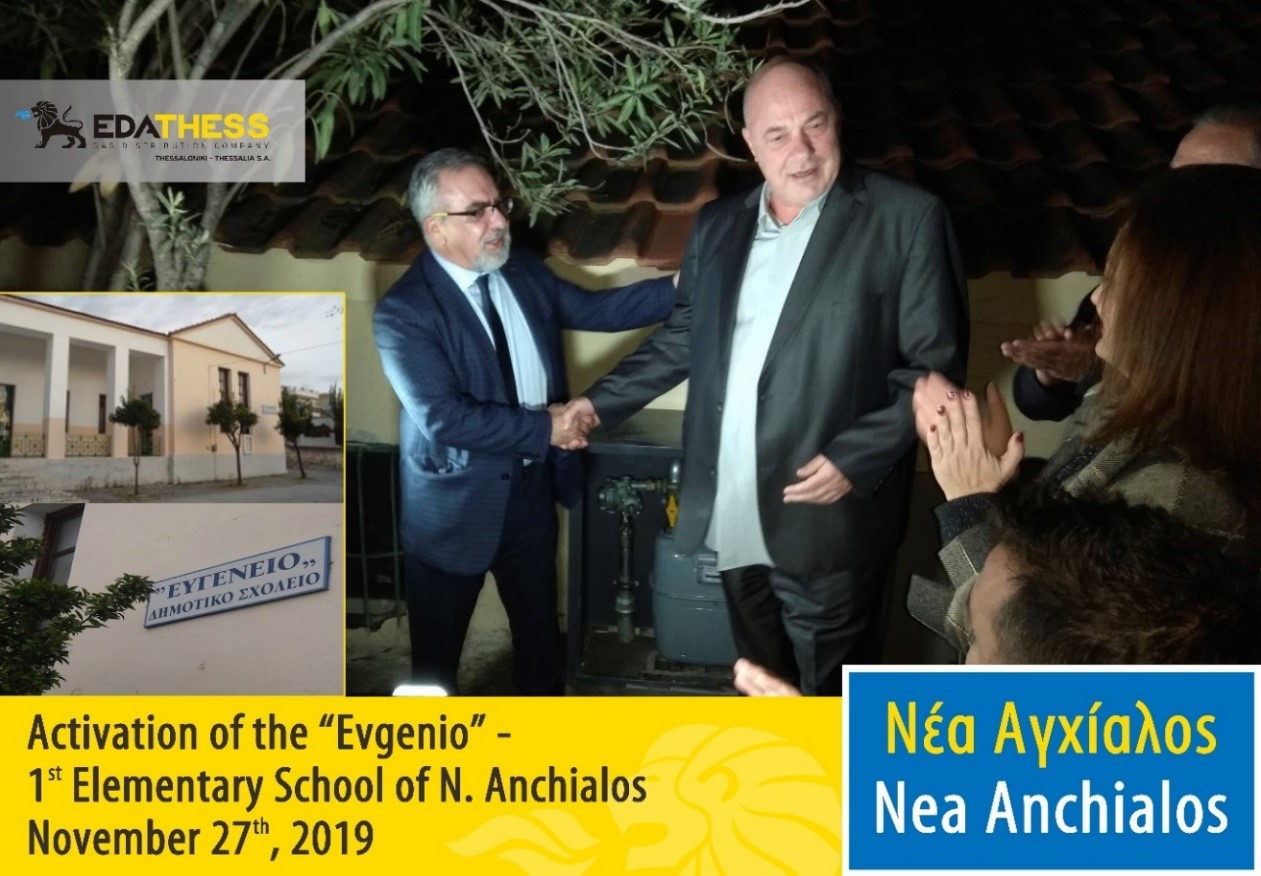 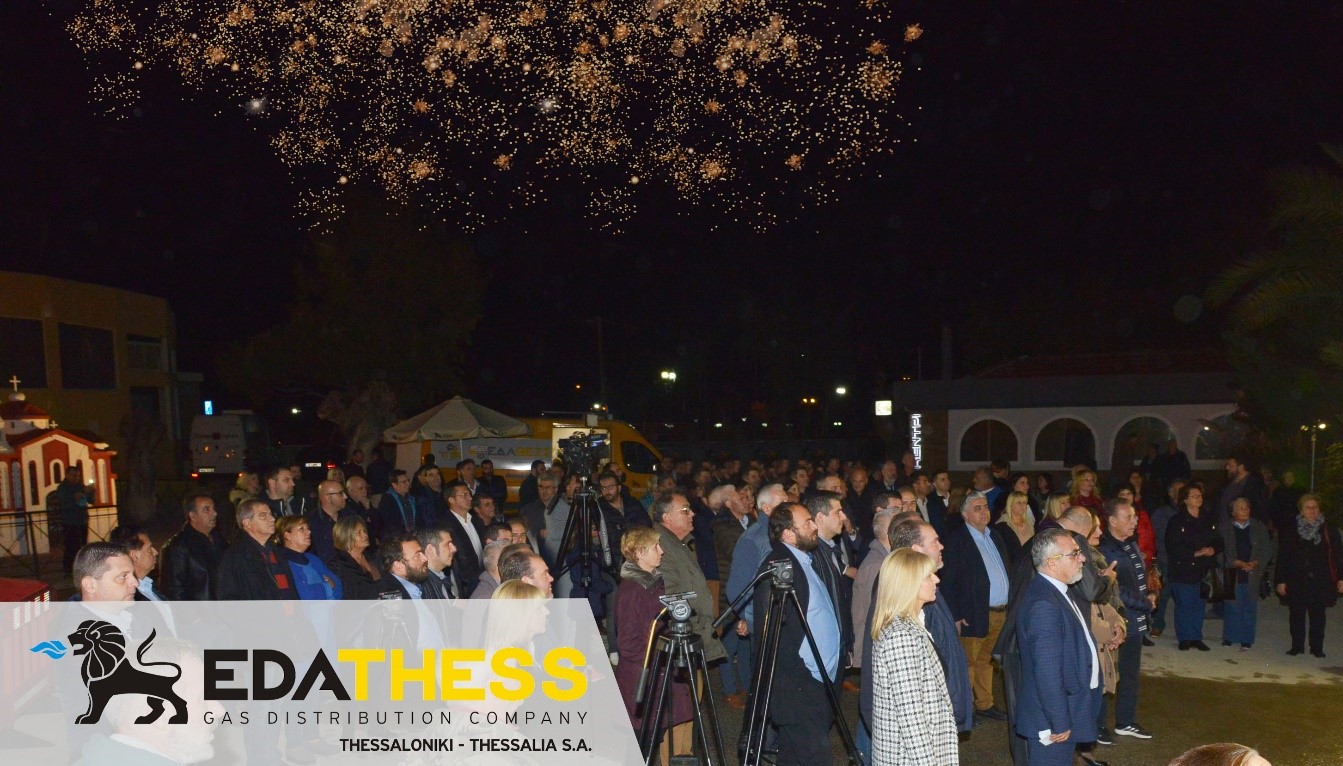 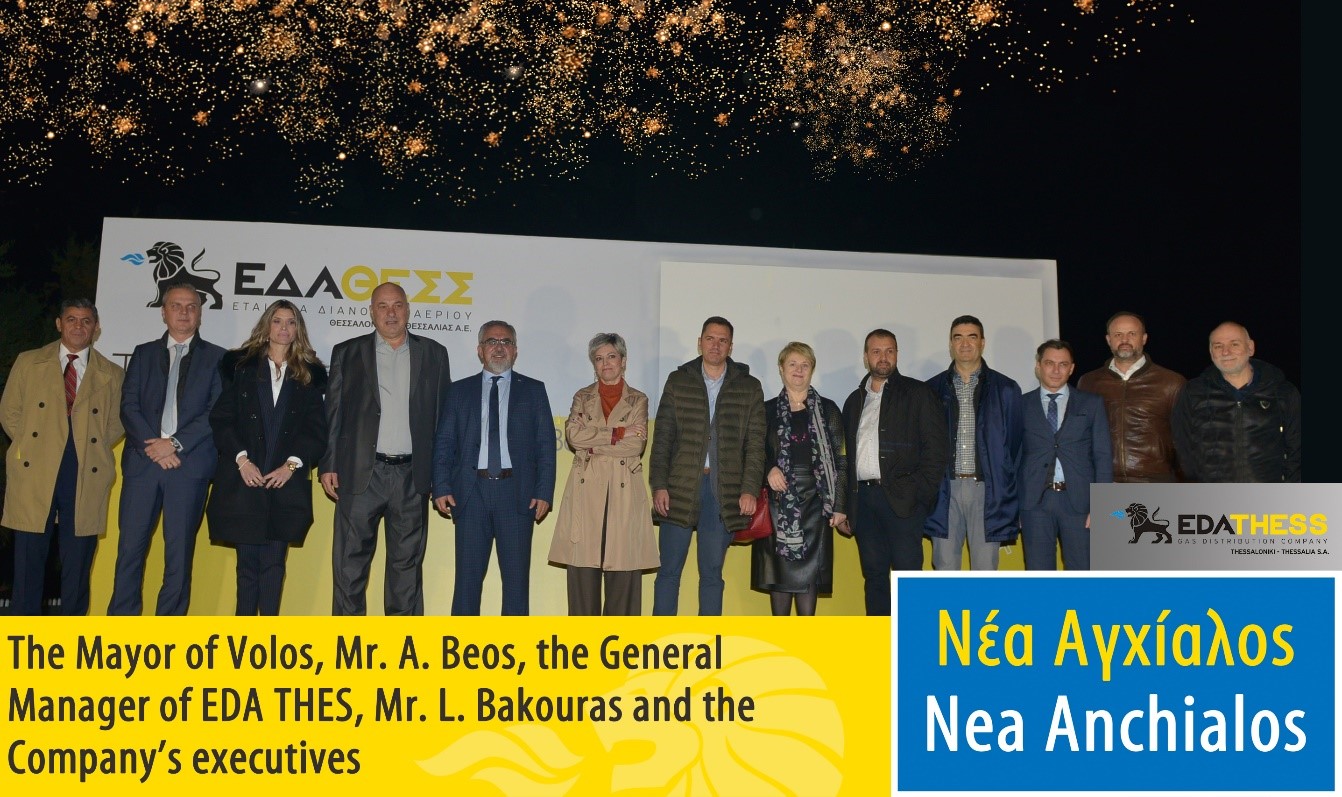 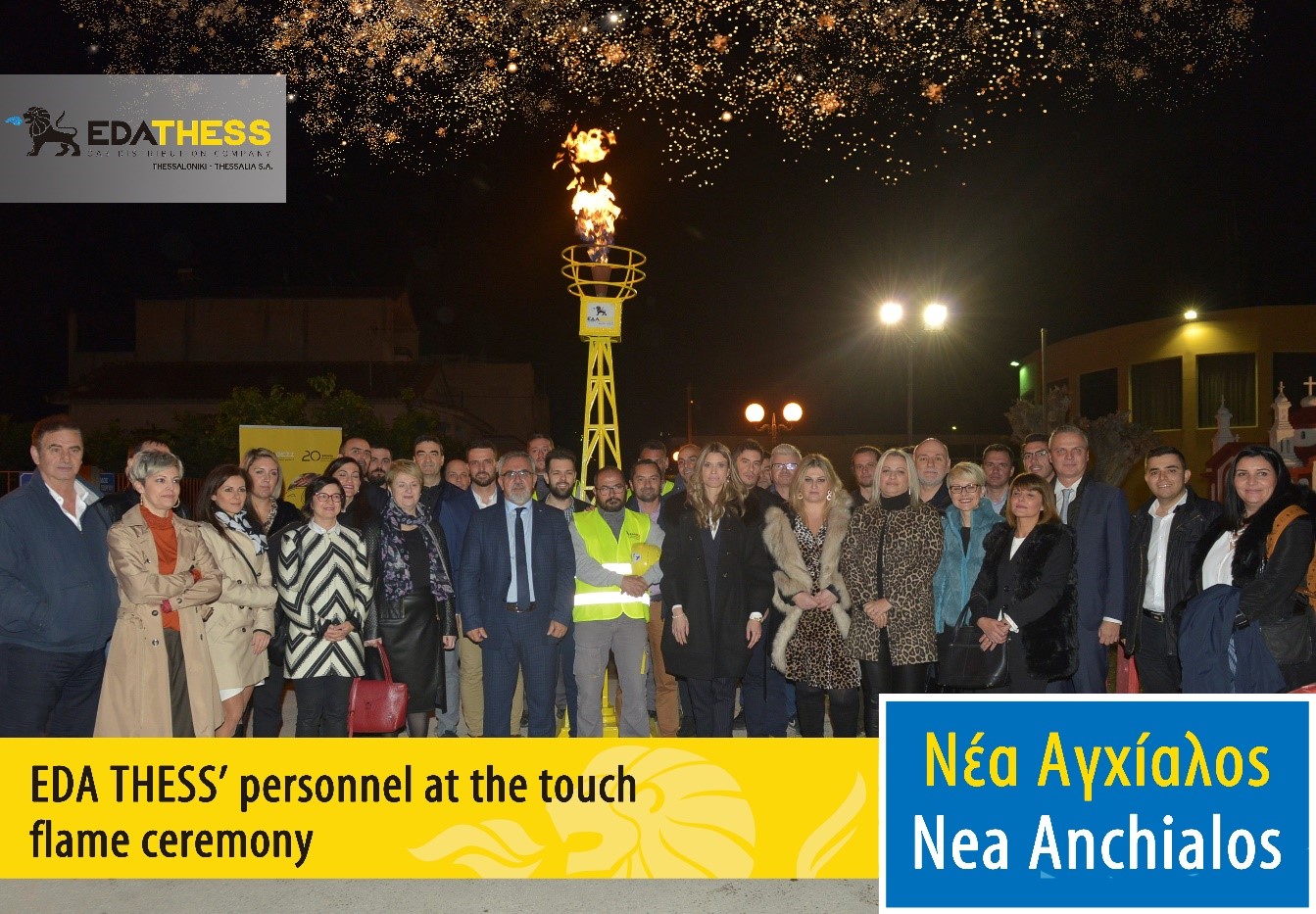 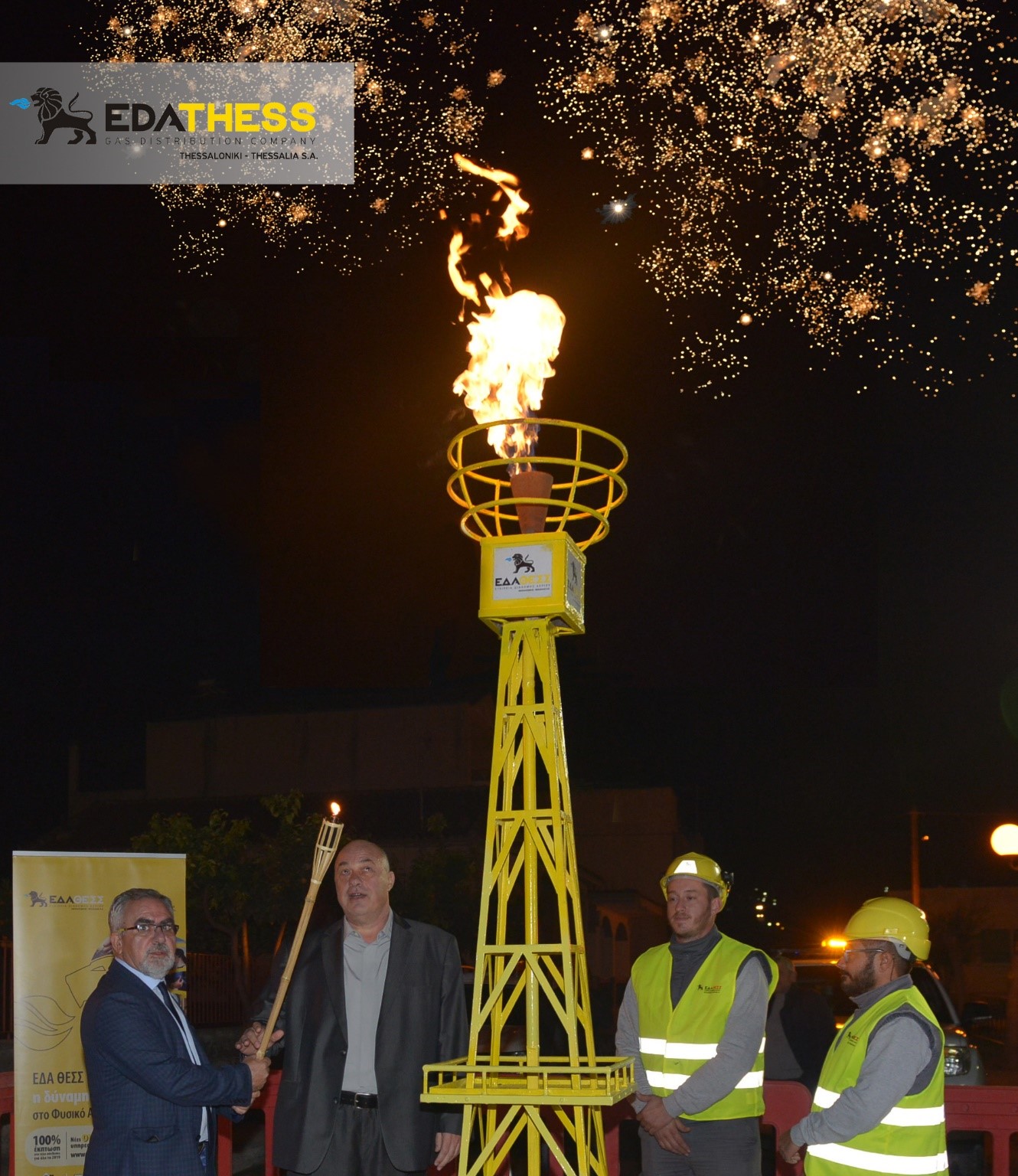 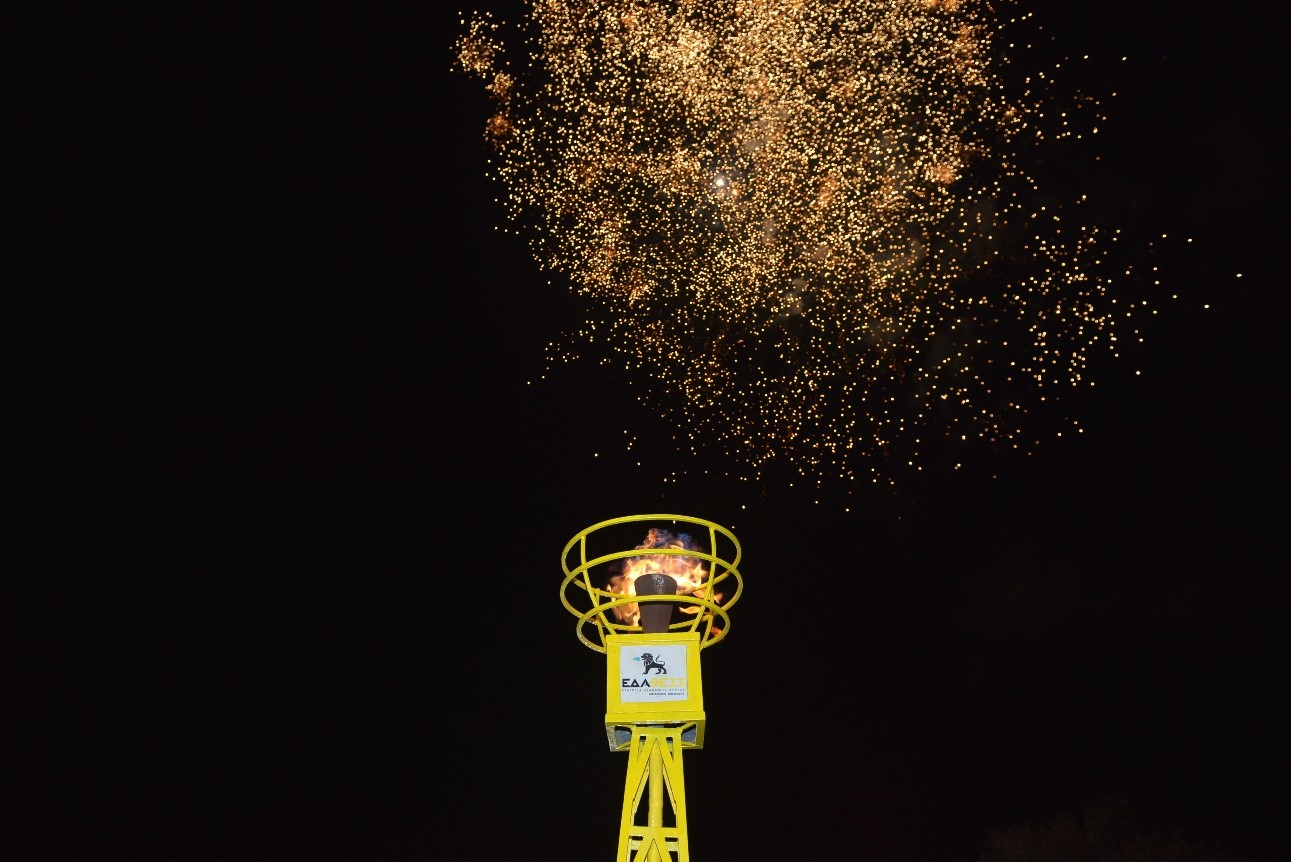 In consistency to its planning, EDA THESS completes the new areas supply for 2019. In a particular warm event co-organized by the Municipality of Volos and EDA THESS, N. Anchialos and Mikrothives welcomed natural gas. By the end of 2019, investments will reach € 25 million for the construction of a modern network of 100 km., while the connection contracts will amount to 25,000 of which 8,000 are related to Thessaly.

In the Prefecture of Magnesia there is already a developed natural gas network from which domestic consumers, the A & B Industrial Area of Volos, Municipal, Public Buildings, Hospitals and commercial enterprises are supplied.

For N. Anchialos in particular, investments are expected to exceed € 2,5 million by 2023. Seven municipal buildings have already joined the distribution network while there is a great interest in domestic use, as applications exceeding 850, and also in industrial use.

On behalf of EDA THESS, the Manager of Corporate Affairs, Mrs. Katerina Stachtari, welcomed the attendees and thanked the Mayor of Volos, Mr. Achilleas Beos, for the excellent cooperation.

EDA THESS stressed that it operates fully respecting the legislative and regulatory framework with regard to its Operational Independence and develops its work in accordance with the principles of equal treatment and equal access to information for the Distribution Users.

In his speech, the General Manager of the Company, Mr. Leonidas Bakouras, emphasized that the on-time completion of works for the network’s development is a result of concerted actions and high know- how that distinguishes the personnel and the management of the Company. EDA THESS’ main duty is the network’s safety, the uninterrupted natural gas distribution, the optimization of the services provided and the cost- effectiveness of investments.

The Company, Mr. Bakouras continued in his speech, sets ambitious goals that always manages to surpass, as it never deviates from the code of values that governs its activities. A code that is characterized by consistency in planning, commitment to the objectives, transparency and impartiality across the range of the Company’s operations and supports the development of a targeted and long-term strategic planning. The investments for the network’s development, since the Company’s establishment to date, are implemented with private initiative, primarily considering the technical criteria and aiming at cost – effectiveness so as not to burden the final price of the Consumers. By this way, EDA THESS achieves the lowest distribution tariffs in Greece.

Concluding his speech, the General Manager, Mr. Bakouras, stated that “our planning for the integration of the areas in the Region of Thessaly during 2019 has been completed and the inclusion of Palamas, Agia and Sofades in the distribution network follows. For once again it is proved that the geographical dispersion is a catalytic challenge for us in order to expand our network to more and more areas of our License by bringing people closer to natural gas...”.

“The connection of N. Anchialos to the natural gas distribution network was not a pre-election firewok”, said the Mayor of Volos, Mr. Beos, “but a commitment which was realized thanks to the cooperation of EDA THESS with the Municipal Authority”. He thanked the Company for its the consistency in adhering to the schedule for the network’s development in N. Anchialos and requested its expansion to the area of Alykes. Concerning the request, Mr. Bakouras stressed that the network’s expansion to new areas is evaluated based on the connection applications and the capacity of each region, in order to be included to the Company’s planning.

We continue… by the end of 2019 the following areas will be supplied with natural gas: